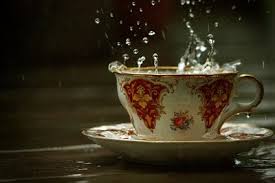 In recent news, Sri Lanka’s tea crop is affected by heavy rain in June. Some estates are seeing production fall to less than half and losses in some firms are mounting to 100 million rupees, according to an industry association.
The Ceylon Planters’ Association of Ceylon,in particular, said that due to high labour costs and low volumes, the cost of production was now about 700 to 735 rupees per kilogram of made tea while the average auction price was 325 rupees.According to the association, some companies have lost about 100 million rupees last month. Estates in Nuwara Eliya, Hatton, Dickoya, Agarapatana and Talawakelle, the crop intake has fallen to 40 to 45 percent of the average.

“Due to the cold and wet weather experienced, the crop intakes have come down drastically.It is also reported that most Plantations were unable to undertake the programmed cultivation and crop protection practices. With the crops declining the coming months will be critical for the Plantations with regard to the bottom line.”,

John Keelles said in a report to clients. Until this heavy rain in June, Sri Lanka’s tea production, especially in the lower elevations was up from 2012. In May Sri Lanka’s tea production rose 3 percent to 33.7 million kilograms from a year earlier, with the high grown crop falling 5 percent, the medium grown up 2 percent and low growns up 7 percent. Tea production was up 8.1 percent to 149.5 million kilos. So hopefully, once the rain stops- Sri Lanka can be back on target with their tea exports. Despite this setback, they were doing well and one hopes that despite this, they will continue to do so.

US Tea Rooms Go For Trendy