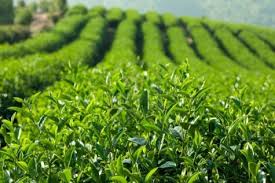 Things are looking up for tea – there was high tea production  but regrettably the high tea production eats into farmers’ earnings  The  bumper tea harvest in the first five months of the year has cut earnings for farmers with a kilo of tea fetching an average $2.87 from $3.02  over the same period in 2012. The latest tea industry report shows that May’s tea production rose to 39.6 million kilos from 37.3 million during the same month last year. This brought the cumulative tea output from January to May to 195 million kilos against 127.9 million recorded in 2012.

a representative of the board stated.

So ultimately, while the production of tea is rising the cost of tea is falling. Making it good news for the tea market, but not so great news for those that are producing it. Everything has it’s fluctuations though, it might just be a good harvest this time around and here’s hoping that it stays that way, if anything maybe that it gets a little better for the producers.