What Your Favorite Tea Says About Your Personality 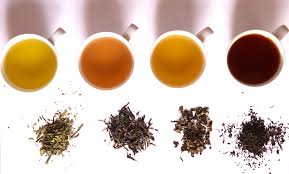 What Your Favorite Tea Says About Your Personality

You’re a simple person with simple needs. You know that our time on this planet is short and shouldn’t be wasted mixing flowers and herbs to flavour what is essentially hot water.

Green tea
You like to think of yourself as being health conscious and alternative. In reality you got caught up in ‘The Great Green Tea Craze of 2005’ and now you’re too scared to ask for anything else.

Earl Grey tea
You expect that your drink will be delivered to you in a fine bone china cup on a delicate saucer and that, should it not be to your liking, hurling it at a wall is a perfectly reasonable response. In short, you’re a bit of a muppet.

Hot water + lemon
You’re the tea equivalent of a decaf coffee drinker and in future you will most likely not be told if someone is putting the kettle on as you’re deemed unworthy of a place in the tea run.

Now this isn’t the official list of tea types corresponding with personality – it may be wrong or it may be right. But it is something to think about.  What does that tea you choose to buy and steep again and again say about you? What about the cup you drink it in? Or even the sweeteners? That whole cup of tea in that tea cup is all you. And that’s one more reason to keep drinking the brewed stuff.

Flowering Tea: The Perfect Gift for Any Occasion

What Does Your Used Teabag Say About You?